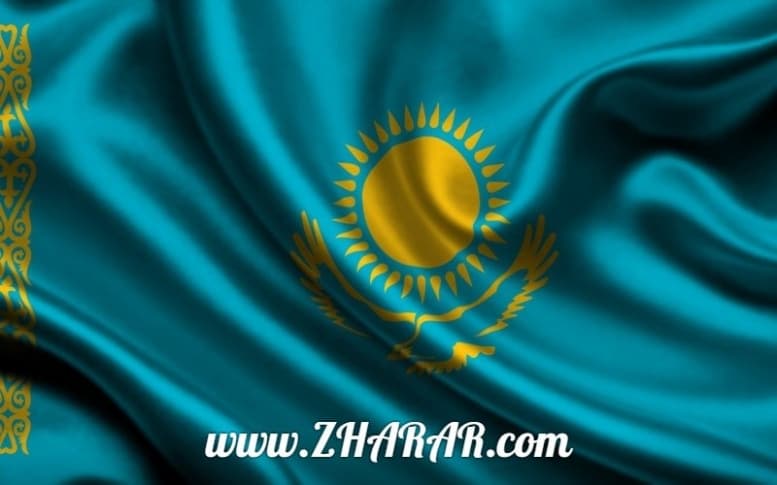 Kazakhstan, officially Republic of Kazakhstan, has the population of 15,186,000 people and territory 2,719,500 sq km, is situated in central Asia. It borders on Siberian Russia in the north, China in the east, Kyrgyzstan, Uzbekistan, and Turkmenistan in the south, and the Caspian Sea and European Russia in the west. Astana is the capital and Almaty (Alma-Ata) is the largest city. Other major cities include Shymkent, Semey, Aqtobe, and Oskemen.

Kazakhstan consists of a vast flatland, bordered by a high mountain belt in the southeast. It extends from the lower Volga and the Caspian Sea in the west to the Altai Mts. in the east. It is largely lowland in the north and west, hilly in the center (Kazakh Hills), and mountainous in the south and east (Tian Shan and Altai ranges). Kazakhstan is a region of inland drainage; the Syr Darya, the Ili, the Chu, and other rivers drain into the Aral Sea and Lake Balkash. Most of the region is desert or has limited and irregular rainfall.

The population of Kazakhstan consists mainly of Muslim Kazakhs and Russians; there are smaller minorities of Ukrainians, Germans, Uzbeks, and Tatars. Kazakh, a Turkic language, is the official tongue, but Russian is still widely used.

Despite Kazakhstan's largely arid conditions, its vast steppes accommodate both livestock and grain production. Wheat, cotton, sugar beets, and tobacco are the main crops. The raising of cattle and sheep is also important, and Kazakhstan produces much wool and meat. In addition, there are rich fishing grounds, famous for their caviar-producing sturgeon, in the Caspian, although these have been hurt by overfishing.

The Kazakh Hills in the core of the region have important mineral resources. Coal is mined at Qaraghandy and Ekibastuz, and there are major oil fields in the Emba basin. The country's industries are located along the margins of the country. Steel, agricultural and mining machinery, superphosphate fertilizers, phosphorus acids, artificial fibers, synthetic rubber, textiles, and medicines are among the manufactured goods. Temirtau is the iron and steel center. The Baikonur (Bayqongyr) Cosmodrome in central Kazakhstan was the Soviet space-operations center and continues to serve Russian space exploration through an agreement between the two nations. The main trading partners are Russia, Ukraine, and Uzbekistan.
I want to tell you about my homeland. My homeland is Kazakhstan. Kazakhstan is an independent Republic. It is situated in the Central Asia. Its population, is 16 million. All people of Kazakhstan have equal rights and duties. Astana is the capital of Kazakhstan. The territory of Kazakhstan is huge. It borders on China in the East and the Caspian Sea in the West, Russian in the North and the states of Asia in the South. The republic occupies the territory of more than 2 million square kilometers. . Kazakhstan has 14 regions, 84 cities.

The earth of Kazakhstan is full of iron and gold, coal, nickel and raw materials. Also Kazakhstan is rich in mineral resources. These reserves formed a solid base for the development of heavy industry. The leading branch of agriculture is the production of wheat, sheep rising, and horse breeding. Kazakh-is the official language of the country, but Russian and other languages are spoken here too. Kazakhstan has hundreds of nationalities that’s why all people speak their native language.

Great attention is paid to the development of culture and education the Kazakhstan University, the Opera and Ballet Theater named after Abai Kunanbayev are well known.
There are many big industrial centers in Kazakhstan such as Karaganda, Almaty, Semey, and Shymkent.

Kazakhstan is the place where space dreams and projects have come into reality. The name of Baikonur is known all over the world. We are proud of Kazakhstan and hope it will have a great future. Our president now is Nursultan Nazarbayev. The president is elected every seven years.
The climate is strongly continental. KZ- has its own flag, anthem and national traditions and holidays. I think the most important holiday in our country is- Nayris. The Day of Republic is on the 25th of October. I’m proud of my country.